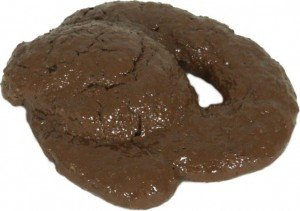 Feeling safer America? After 23 years of holding a Top Secret security clearance, and without a single security violation in that time, the State Department Stasi, the Bureau of Diplomatic Security, suspended my clearance today.

“Suspension” is another in a long line of government extra-legal actions, in that it cannot be questioned, challenged or appealed. You just suck on it. The best part is that the reason for the suspension is not revealed. Diplomatic Security is not required to tell you in detail why your clearance is suspended, just that it is.

So why was my security clearance suspended? Let’s try and guess.

A good friend who works on The Line on the Seventh Floor for Hillary told me that my NY Times profile was not included in Hils’ media summary. Bill called her up to mention it, and she was angry at being kept in the dark and lashed out.

Sure, I did help call out Diplomatic Security agents as child molesters and Chinese spies, but do you think they took that personally?

Diplomatic Security accused me of disclosing classified information when I included a link from this blog to a Wikileaks document already online. The State Department refuses to acknowledge that any Wikileaks documents are actual classified material, but draw your own conclusions America. In a way, I should thank DS for bringing this to America’s attention. When the original blog post ran in late August, it garnered a couple of hundred page views. To date, with all the attention, the post has received over 11,000 page views. A lot more people now know of John McCain’s duplicitous stance toward Libya, and that the US sought to supply Qaddafi with military spare parts.

Can’t Find Their Ass in Iraq
I did write a piece on Huffington Post claiming that DS will be unable to oversee the $5 billion Iraqi police training programs now underway in that vast sink hole for taxpayer dollars in Baghdad.

The State Department demanded redactions from my book, which I refused to make. Here is the State Dept fax 9 20 11 to my publisher. Note the requested redactions, and then turn to the chapter in my book called “A Spooky Dinner,” and read the original text. It could be classified! I continue to receive emails asking to buy an unredacted copy of the book “before it is too late,” so thanks DS for those sales as well.

I Actually Disclosed Something Classified

Trick question, as I did not ever disclose anything classified. Not now, not in the book, not in my two decades’ long career. Not to Bradley Manning, not to the New York Times, not to my wife, not to you. This is the only valid reason to suspend my security clearance. It does not apply.

So which is it? Which of the above horrific infractions deemed me insecure?

Answer is all of them except the last one, as this is an act of revenge by DS for me pointing out their flaws and writing a book State hates, not much more. The funny thing is, it does not matter.

I have not had access to the State Department classified system since 2005; I have not needed it, as the jobs I have done have not required access. So the suspension accomplishes nothing.

In Iraq, my access to classified information was through the Army, the same way Bradley Manning read State’s cables. So the suspension accomplishes nothing. Bradley and I actually used the same system, I know, I know, more irony.

My current work does not require classified access. I am still doing the same job today, without a clearance, as I did yesterday, with a clearance. So the suspension accomplishes nothing.

If for some reason I had wanted to purposely disclose classified information at any time over the past 23 years, I could have done it. I never did. The secrets I know today I knew yesterday, and they stay secret with me. So the suspension accomplishes nothing.

So the suspension accomplishes nothing.

Nothing of course but a bully’s revenge, a last gasp from a sad group of thugs that feels lashing out is pleasurable, that a symbolic, futile gesture is what Cabinet agencies are left to do when their relevance is questioned, their budgets are in question and their very being is apparently threatened by a book.