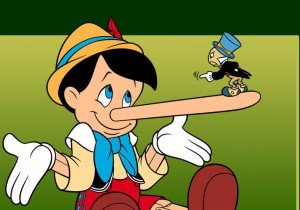 The problem of the MEK people in Iraq has a long and complex history. You can read a bit about it here if you are unfamiliar with the mess the US has gotten themselves into vis-vis the MEK in Iraq.

Short version is that the US and the UN brokered a deal to move the MEK people from their unsafe and politically volatile Camp Ashraf location to the old US Camp Liberty, where the UN would supposedly process them as refugees. As part of the deal, the US would monitor conditions at Camp Liberty to ensure the MEK were treated well.

In fact, back in December, Ambassador Daniel Fried, Special Advisor for Camp Ashraf for the State Department, made this exact promise:

Embassy Baghdad will visit former Camp Liberty on a frequent basis to provide robust observation. The US seeks a safe, secure, humane resolution. Our interest is humanitarian.

It seemed reasonable for diplomats to make the 45 minutes trip out to Camp Liberty once in awhile, in that the World’s Largest Embassy (c) comes with the World’s Largest price tag, some $3.8 billion (about $2.5 billion of that is for security) a year in operating costs, about a fourth of all State’s yearly costs. The idea of US diplomats visiting MEK completes the circle: the US Dips will be surrounded by massive security to protect them from the Iraqis the US liberated while at the same time using their own presence to protect the MEKs from the liberated Iraqis. It all added up to freedom somehow.

It seems however that the State Department fibbed about those visits. Here instead are the conditions out there at Camp Liberty as described by Allan Gerson, former Counsel to the US Delegation to the United Nations:

The trailers in which new arrivals are to be housed are worn-out and extremely dirty to the point of being un-inhabitable. There are only 80 trailers and most of them lack electrical wiring and thus there is no light and no heating.

The sewage system is not functioning and thus the lack of hygienic facilities is likely to cause serious health problems, with raw sewage in open areas of the residential quarters.

The police headquarters is situated northwest of the camp, next to section where the residents are located. In addition there are four other police stations and checkpoints with one situated on the pathway to the dining facility so that every resident going to the dining facility must pass the police checkpoint. More ominously, the police commander in charge of the camp appears to be the same commander responsible for incursions into Camp Ashraf which on two occasions left a total of more than 40 unarmed civilians dead and hundreds wounded.

Apparently 16,000 State Department staffers at the cost of $3.8 billion at the World’s Largest Embassy in Baghdad does not buy too many “robust” inspections, as was promised to assure the safety of the MEK. That money also does not buy much credibility.