Huzzah: Blackwater is Back at the State Department! 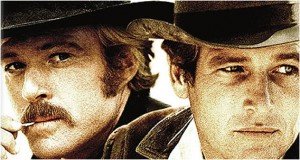 Last month, apparently without attracting any public attention (until now), they quietly bought another security firm, International Development Solutions, and took over its piece of the State Department’s $10 billion World Protective Services contract, which then-Blackwater got kicked out of years ago.

A good way to keep up with all things Blackwater, er, Xe, Academi, whatever is the web site AcademiWatch.

Also, some awesome video of the Blackwater bullies in action in Iraq, winning hearts and minds for ‘Merica.

Blackwater is back, baby!

Blackwater and State have a, well, history. Records released after a four year FOIA fight between the State Department’s Bureau of Diplomatic Security and the web site Gawker show that mercenaries, primarily from Blackwater, shot and sometimes killed a lot of Iraqis in the name of protecting America’s diplomats while under contract with the State Department. The mercs, er, the private security companies, were supposed to be operating under the Bureau of Diplomatic Security’s command and control but instead shot up Iraq like outcasts from the Road Warrior.

The 4500 FOIA’ed pages released are filled with contact/incident reports. Every time a Blackwater shooter cranked off a few rounds at some Iraqi, he was supposed to file a report. State’s Diplomatic Security would validate the shoot as having taken place under its own rules and that would be that. No attempts were made to seriously investigate anything, no attempts were made to find out what happened to any of the Iraqis popped by American hired guns and certainly no attempts to rein in Blackwater are documented.

And now, Blackwater and State are back, together again, baby! Get some!