The Dumbest Article You’ll Read This Week About Iraq 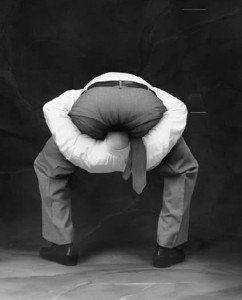 Iraq’s Prime Minister Nuri al-Maliki is in the US this week, meeting with officials in hopes of getting more US assistance, including lots of weapons he says he needs to fight terrorism, or Syria, or whatever (whatever=killing more Sunnis.) You can expect lots of dumb, uninformed comment about this visit.

To save readers valuable time and as a public service, I have searched the web for the dumbest article you’ll encounter about Maliki’s visit, and present it here, with some explanatory comment.

The winner is Douglas A. Ollivant, writing for the really, really important blog-thingie War on the Rocks. Ollivant is certainly a smart apple about Iraq; indeed, he is responsible in part for the disaster there.

Ollivant served as Director for Iraq at the National Security Council during both the Bush and Obama administrations. He is now the Senior Vice President of Mantid, a “consulting firm” with offices in Washington, Beirut and Baghdad. He was also a member of now-disgraced idiot warrior-poet-flim flam man David Petraeus’ “brain trust” of “warrior-intellectuals.”

But enough about Google. Let’s see what this warrior intellectual has to tell us now about Iraq.

Iraq Did This to Themselves

First, it is important to note, Ollivant says, that “Iraq is, quite simply, on the receiving end of a major al Qaeda in Iraq (AQI) offensive. AQI remains one of the most capable of the al Qaeda affiliates or regional franchises. As a percentage of the population, Iraq has lost more of its citizens to al Qaeda explosives in each of the past three months than the United States did on September 11, 2001.” Not that any of that has anything to do with the United States’ invasion and inept occupation of Iraq.

No, no, the al Qaeda “issue” in Iraq is actually Iraq’s own fault. We learn:

AQI has experienced a resurgence. As I have written elsewhere, this is largely due to the release of AQI-affiliated detainees, spill-over from the Syria conflict, passive support from elements of the Sunni population, and the simple fact that the Iraqi security forces fall far short of JSOC, particularly with respect to training and equipment.

To defeat this sophisticated terrorist network, the Iraqis must acquire more JSOC-like capabilities

(JSOC– Joint Special Operations Command, is a super-secret special forces entity that the US used for years in Iraq as a high-tech assassination squad, killing off a long whack-a-mole string of “senior al Qaeda leaders.” JSOC now continues its filthy work pretty much everywhere in the world following its success in Iraq.)

Of course, one cannot just order up some JSOC-like Iraqi guys on the internet or something for speedy delivery. Or can one? Ollivant has the answer:

Perhaps a more feasible answer is for the United States to facilitate the Iraqi contracting of private U.S. firms that specialize in intelligence analysis, many of them formed and/or staffed by JSOC, and other military intelligence, veterans.

That’s it, the solution to Iraq’s problem is for the nation to hire some of the US’ out-of-work mercenaries, from Blackwater or whomever, to return to Iraq and return to killing Iraqis. We all know how much Iraqis loved American mercs stampeding over their country during the Occupation, so this makes perfect sense.

After the Mercs, Weapons

Ollivant also knows that the Iraqis need weapons, lots of weapons. But why?

The frustration with the delays in fighter jets, air defense equipment, helicopters, and armored vehicles has moved beyond the staff level and become a Prime Ministerial issue. This should be of interest to the United States, as the reason Iraq needs this equipment is to stand up to—among others—its perennial rival, Iran.

C’mon man, this borders on warrior intellectual satire! Rival Iran? For the love of Allah, Maliki is an Iranian stooge. He was put into power by Iran, uses Iranian thugs to capture, imprison or kill his political rivals and visits Tehran as necessary to maintain a robust cross-border trade. Iranian planes overfly Iraq freely, on their way to Syria to deliver weapons to some version of whatever count as “rebels” nowadays (Ollivant says “Iraq lacks the Air Force and Air Defense system to stop this.”) And of course fighter jets and armored vehicles are exactly what you need for counter-insurgency work, right? I mean, that’s what the US used so fruitfully for nine years in Iraq so it must be right.

Ollivant is also aware of that nasty Sunni-Shia thing. He does skip over Maliki’s arrest threats that drove his own Sunni Vice President into exile days after the US pulled out, and the systematic disenfranchisement of Sunni voters, and the abandonment of the Sahwa, Sunni fighters promised jobs in return for putting down their arms and all that. But Ollivant is a realist and so adds:

Maliki is no doubt expecting—with some resignation—a lecture on Sunni inclusion and reconciliation. This is a delicate issue and one that does not lend itself to easy solutions. But the reasonable Sunni issues can be reduced to de-Baathification reform, inclusion in Iraqi society, and an end to persecution by the security forces.

The de-Baathification thing is just a hoot, given that it was done by the US in 2003 and in many respects was the tipping point of the whole disaster, destroying Iraq’s civil service and thus functional government, throwing millions of Sunni’s out of work, and essentially creating the groundwork for the next nine years of insurgency. Hi-larious.

Security forces (Shia controlled) killing Sunnis? Just a typo: “Regarding the alleged persecution of Sunnis, there is no doubt that some innocent Sunni are caught in the raids that the security forces engage in to try to discover the AQI cells.”

Inclusion into Iraqi society? A statistical anomaly. “Sunni do not appreciate what they do have. While there has been no census in many decades, the Sunni Arabs of Iraq are no more than 25% of the population, and the CIA Factbook estimates they could be as little as 12%. Yet most Sunnis believe they comprise at least 50% of the Iraqi population. If the 12% is correct, Sunnis may well be over-represented…”

At this point you’d think that Ollivant would have sobered up, realized how he had embarrassed himself, and hit the delete key, just like he might do with those Facebook photos that seemed fun when posted last night but now don’t seem like resume material. Instead, he doubles-down for a big conclusion:

Maliki is not coming to the United States with hat in hand—he has his own money, and plenty of it. He does not want Iraq to be a ward of the U.S. military, but, rather, a customer of U.S. business. Iraq doesn’t need the U.S. to give it anything other than goodwill. It just wants the U.S. to deliver on sales of goods and services.

And in this, the Prime Minister will be echoing the sentiment, if not the words, of Thomas Jefferson’s first inaugural address: “peace, commerce, and honest friendship with all nations, entangling alliances with none.”

So there you have it. The democracy the US failed to implement in Iraq after nine years of Occupation, trillions of dollars and thousands if not hundreds of thousands of lives, is in hand. Thomas Jefferson is now Prime Minister of Iraq.

If the US gives Maliki anything on his trick-or-treat visit but a cold shoulder it has learned nothing in defeat. Huzzah!


Update: We now have a runner-up. Psychotic microcephalic James Jeffrey, former US ambassador in Baghdad, said Iraq desperately needs teams of US advisers, trainers, intelligence and counterterror experts to beat back al-Qaeda.

“They could mean all the difference between losing an Iraq that 4,500 Americans gave their lives for,” said Jeffrey.

So heads up American military reservists, for the recall order to ship back to Iraq for some more war. We’re getting the old band back together!