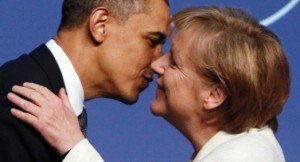 Bottom Line Up Front: The details of Obama’s most recent speech about “changes” to the NSA’s surveillance practices reveal that sadly little of substance will change. A few cosmetic touchups, some nice words, issues tossed into the pit of Congress to fade away in partisan rancor, and high hopes that the issue will slip away from the public eye as “fixed.” Not word one about how absent Edward Snowden’s historic disclosures the president would not even be offering this lip service, happy to allow the tumor of spying to continue to grow in secret as he had done for the last six years of his presidency.

But let’s get specific.

Obama announced that the U.S. will no longer electronically surveil allied, friendly, heads of state. So, Americans, the only documented way to protect yourself from NSA spying is to be chosen as leader of another country. Note that Obama did not specify what he means by allied and friendly (Turkey? Iraq? Brazil?), and he clearly did not outlaw spying on a head of state’s closest advisors, cabinet members, secretaries, code clerks and the like. This is simply a gesture; it is unlikely that any of German head of state Andrea Merkel’s cell phone conversations revealed much terrorist information anyway. Worldwide reaction, the audience to which this was aimed, has been tepid and unconvinced.

The secret Foreign Intelligence and Surveillance Court (FISA) will need to grant the NSA permission to search the phone records metadata database. Most significant here is that the NSA will continue to compile the database itself. Use of the FISA court remains just the illusion of a check and balance, because either the government is very good at making its case, or the court has become a rubber stamp: that secret FISA court approved all 1,789 requests submitted to it in 2012. Of key importance is the question of what constitutes a “search” and a “record.” FISA decisions and Department of Justice internal legal briefs dramatically broadened the definitions of those words such that a “record” may now consist of every piece of data collected by say, Verizon. It is very, very unclear that this change announced by Obama will have any real-world positive impact on protecting Americans’ privacy.

Obama also announced that the NSA will face new limits on how far from a target it can search into the metadata. Currently the NSA traces “three hops” from a target: A knows B, C, and D. But once C morphs into a target, C’s three hops mean the NSA can poke into E, F, and G, and so forth. Obama wishes to limit this to two hops, A knows B and C. This is again a false palliative; if a “target” has fifty friends, the two hops rule authorizes access to a total of 8,170 additional people. And there is nothing to stop the NSA from redesignating any of them as a new target and thus allowing the math to expand the two hops rule indefinitely.

These are for all intents and purposes just throwaways. Obama knows as well as anyone that a hyper-partisan Congress, already divided on what if anything should be done with the NSA, heading into elections, will never act on these issues. Obama can take the high road and deflect any criticism from his progressive base by pointing a finger at Congress. Democrats can blame Republicans and vice-versa, so everyone wins in the calculus of Washington.

For the record, even Obama’s Congressional changes are limp. Having private companies instead of the NSA hold data for the NSA to search? What kind of practical change would result from that? A public advocate in the FISA court? A possible, but how many, what staff and resources, what actual role would they play, under what rules of disclosure by the government would they function? The adversarial judicial process that otherwise fuels our legal system, prosecutors and defense attorneys, rules to compel disclosure, cross examination and so forth would not exist as new FISA-only “advocate” rules are created in a pseudo-parallel system. And since the whole process would remain highly-classified, no one outside the government would ever know if such advocates indeed played any role in protecting our privacy.

Changes Not Mentioned at All

What was not even mentioned by Obama is sadly the largest category of all. The list could fill dozens of pages, but the use of National Security Letters without judicial oversight is one of the most significant omissions. In 2012 the FBI used 15,229 National Security Letters to gather information on Americans. In addition, not a word was mentioned about pulling back the NSA’s breaking into the Internet backbone, accessing the key Google, Yahoo, Microsoft servers, the NSA use of malware to spy on computers, the NSA’s exploitation of software bugs, the NSA’s efforts to weaken encryption that puts our data at risk to ease the burden on the Agency of decoding things, the use of offensive cyberattacks, indiscriminate gathering of data in general contrary to the Fourth Amendment’s prohibition against General Warrants and on and on and on and on, at least until the next revelations from Edward Snowden reveal even more NSA tricks being played on innocent Americans.

But the mother of all omissions from the Obama speech is this one: there is no proof that all of the spying and surveillance, at the sake of our basic Constitutional rights, has resulted in the purported aim of keeping us safe. The White House’s own review panel on NSA surveillance said they discovered no evidence that the bulk collection of telephone call records thwarted any terrorist attacks.

And there Mr. President is the real change needed. A massive, frighteningly expensive program that does much harm and no good does not need tweaking. It needs to be ended.