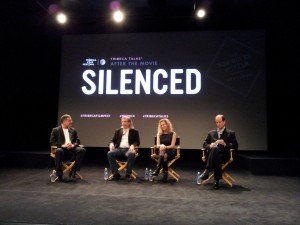 I am very proud of my role as Associate Producer for the film SILENCED. Executive Produced by Susan Sarandon, directed by Oscar-nominated James Spione, the film premiered April 19 at the Tribeca International Film Festival here in New York.

The film is about the war being fought between those who reveal the dark truths about the United States’ national security policies, and a federal government ever more committed to shrouding its activities in secrecy.

According to the Justice Department, those who leak sensitive information to the public are a threat to the nation’s safety. We have seen under the Obama Administration more Espionage Act prosecutions than all previous presidents combined. Many of those pursued by the government risked their lives, their freedom and their honor to commit an act of conscience and tell the American people what their government is doing in their names. 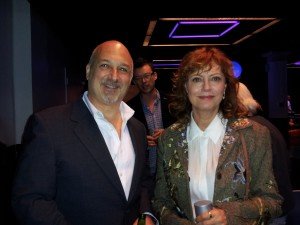 SILENCED focuses on three patriotic Americans, all of whom I have written about here before, and all of whom I hold as friends (I was interviewed and was originally scheduled to appear myself in the film for my own whistleblowing, but ended up on the cutting room floor.)

— Jesselyn Radack blew the whistle on the Department of Justice’s attempts to cover up the unConstitutional treatment of the so-called American Taliban, John Walker Lindh. As a young lawyer, Radack fought for Lindh’s right to be represented as he was interrogated, then, after discovering the cover-up, told us all what happened. Radack went on to devote her career to defending whistleblowers (Disclosure: Radack was part of the team that defended me after the Department of State retaliated against me for my own whistleblowing), including the other two subjects of this film. She currently is part of Edward Snowden’s legal team.

— Thomas Drake blew the whistle on the NSA’s domestic spying programs years before Edward Snowden, and fought a bitter battle for his freedom. Almost immediately following 9/11, Tom began finding threads within the NSA leading to the unConstitutional spying on Americans that only now is being fully exposed. Tom was also one of the first U.S. government employees to go to Congress with evidence that the intelligence community might indeed have prevented 9/11 had they shared specific information already on file among various agencies.

— John Kiriakou was the first person associated with the CIA to publicly declare waterboarding is torture. He struggled to maintain his freedom, but ultimately was pressed into a plea bargain to avoid bankrupting his family. John is now serving a 30 month sentence in Federal prison for his whistleblowing. John’s wife was present at the premiere, and read aloud to the audience a letter John had sent her from prison. 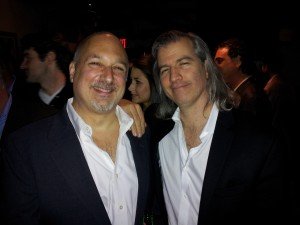 I’ll leave the review of SILENCED to others, but it’s pretty damn good. I am far from objective on this subject, for being associated directly with the project, for being a whistleblower myself, and because I remain a patriotic American deeply concerned about what our nation has become. As we continue our slide into a post-Constitutional America, it will be future whistleblowers who may be the only ones who will show us what a government once of the people now is doing.


SILENCED will move from Tribeca through a tour of various film festivals. Wider distribution is in the works. Until then, here’s the trailer for the film (again, though I’m in the trailer, I’m not in the final version of the film.)