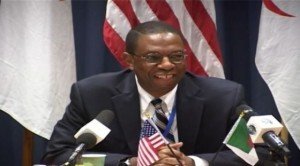 Ray Maxwell has a helluva story: Hillary Clinton’s most senior aides participated in a Benghazi cover-up. Maxwell says he knows because he was there.

Proving or disproving his allegations will be an uncertain thing. One thing that is certain is that people will claim he is nothing more than a disgruntled employee with an agenda. I don’t think so. Because once I was also there.

Who is Ray Maxwell?

Raymond Maxwell was Deputy Assistant Secretary of State for Near Eastern Affairs, covering Libya. Soon after Ambassador Chris Stevens and others were killed in Benghazi, Maxwell says he participated in a secret Sunday session where Clinton aides Cheryl Mills and Jake Sullivan oversaw a document review with the aim to “pull out anything that might put anybody in the front office or the seventh floor in a bad light” (“Seventh floor” is slang for the Secretary of State.)

As the House Select Committee on Benghazi held its first hearing Wednesday, the focus was on the Secretary of State’s role in securing American embassies and consulates abroad. Maxwell did not testify, and may or may not be eventually called to speak publicly to the Committee, but his allegations loom in the background.

I’ve met Maxwell, talked with him, though he did not confide in me. When you join State, you serve whomever is in the White House and like me, Maxwell worked Reagan through Obama. “For any Foreign Service Officer, being at work is the essence of everything,” Maxwell told a reporter after he was ultimately pushed into an early retirement following State’s internal review of the Benghazi debacle. In 2013, Maxwell spoke to the House Foreign Affairs Committee and the House Oversight Committee, and kept quiet about the bombshell information. Maxwell impresses as a State Department archetype, dedicated to the insular institution, apolitical to the point of frustration to an outsider, but shocked when he found his loyalty was not returned.

He has revealed what he knows only two years after the fact. People will say he is out for revenge. But I don’t think so. As a State Department whistleblower who experienced how the Department treats such people, I was there, and there is not a place anyone readily wants to be.

My own whistleblowing seems minor compared to something that might alter the race for the presidency. With 22 years at State, I spent twelve months leading two Provincial Reconstruction Teams in Iraq. The staggering incompetence and waste of taxpayer money I saw, coupled with the near-complete lack of interest by the Department I found trying to “go through channels,” lead to me write a We Meant Well: How I Helped Lose the Battle for the Hearts and Minds of the Iraqi People

book exposing it all. The response was devastating: my security clearance was pulled, my case was sent to the Department of Justice for prosecution, I was frog-marched out of my office and forbidden to enter any State Department facility, I was placed on a Secret Service watch list as a potential threat to Mrs. Clinton, the pension I earned over a long career was threatened and only after the intercession of some of the same lawyers now representing Edward Snowden was I “allowed” to retire. My case appeared in Glenn Greenwald’s column. All over a book that discussed history, and named no names.

Inside the Mind of a Whistleblower

For whistleblowers to go public, there is a calculus of pain and gain, and that takes time. You try to go through channels; Congressman Jason Chaffetz says Maxwell first told lawmakers his full story privately some time ago. Then you wait in hopes the information will come out without you, that someone else might speak up first, you hint at it hoping someone will take the bait, and instead see faux investigations and bleats about “it’s just politics” further bury it.

There was a two year gap between much of what I saw in Iraq and my public coming out. The same was true for Snowden and other whistleblowers. You don’t just wake up one morning and decide to turn your own life, and that of your family’s, upside down, risking financial ruin, public shaming and possibly jail time. It is a process, not an event. You have to wonder what your fate will be once the media grows bored with your story, how far your actions will follow you. Fear travels with you on your journey of conscience. In my case, I was ignorant of what would happen once I blew the whistle. Ray Maxwell examples to learn from. He likely calculated he needed to securely retire from State before taking Team Clinton head-on.

Now of course much of this is politics, in all its forms, though non-political questions about Benghazi still exist, especially as America resumes war in Iraq with its largest embassy vulnerable. Politics still do matter, and are indeed inevitable, as the measure of candidates needs to be taken. Among other things, their view of whistleblowers is important.

Document reviews at State following some significant event are not unheard of; an office affected needs to recap how it got to where it is. Conducting such a review in secret, on a Sunday, with some of the Secretary’s most senior advisors personally overseeing things, is unheard of. The details of Maxwell’s story ring true, the place, the procedures. Checks of State Department entry and exit records and room use requests should establish the basic facts. Proving what happened at that document review will be much, much harder, and will focus in large part on Maxwell’s own credibility.


Who is Ray Maxwell?

Is Maxwell a disgruntled employee with an agenda? Possibly, but whistleblowers act on conscience, not revenge; the cost is too high for that, and in this day revenge is available much cheaper via a leak or as an unnamed source. Going public and disgruntlement often coincide but are not necessarily causal. You can be both bitter and a truth-teller. Knowing what the right thing to do is easier than summoning the courage and aligning one’s life to step up and do it.

I think Ray Maxwell is credible. I don’t think his timing suggests he is not. We’ll see, paraphrasing Clinton’s own words on Benghazi, if it really matters anymore, and what difference does it make.