Hillary Clinton, Her Email and a Body Blow to the Freedom of Information Act 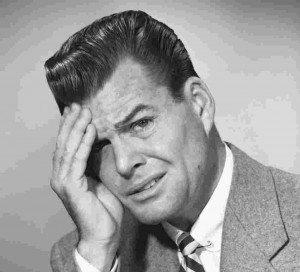 Federal Bureau of Investigation director James Comey announced that his agency is recommending no charges against Hillary Clinton for her use of an unclassified personal email server while secretary of state. Comey offered that “no reasonable prosecutor” would bring a case against Clinton.


The implications of these statements, and what happened before and after the announcement, represent what most likely represent the virtual end of the 2016 election cycle. Come November votes will be counted but the single, major, unresolved issue standing in the shadows behind Clinton is now resolved in her favor.


The director of the FBI labeled the leading contender for the presidency and her staff as “extremely careless” in their use of email, and this is generally seen as positive news by her supporters, the new standard now being not under indictment. Comey also stated that some 110 emails were classified ( at least 24 as Top Secret; one was found to be marked classified on Clinton’s server) when they were transmitted and received, an action that appears to be now inconsequential under national security laws. A New York Times tally found more than 2,000 classified emails.

There was no electronic connection between the Federal government’s classified systems and Clinton’s unclassified server. This indicates that on 110 separate occasions Clinton and/or one of her correspondents retyped information from a classified format. This means any classified markings (i.e., “Top Secret”) were removed in the process. “This classified information never should have been transmitted via an unclassified personal system,” Steve Linick, the State Department inspector general, said in a statement signed by him and I. Charles McCullough III, the inspector general for the intelligence community.

The Inspectors General for the Intelligence Community have stated that some of the classified documents were marked at the highest levels to protect sources and methods used to spy on North Korea via satellite. Emails contained the names of CIA officials. There is no evidence, nor did Comey suggest, that these actions were inadvertent, accidental, occasional, incidental, or other than intentional. It was Clinton’s decision to create the email system that allowed these events to take place. Clinton herself, given her decades of experience in government, clearly could recognize highly classified material, marked or unmarked. Standard Form 312, signed by Clinton and every other security clearance holder in the government, specifically notes that the laws apply to both marked and unmarked classified material. The legality of retroactive classification has been tested at the level of the Supreme Court.)


While Director Comey maintains there was no intent, or gross negligence, by Clinton to violate the law, it is difficult to reconcile those actions and that statement.


Hillary Clinton’s earliest statements, that no classified information traversed her server, later changed to “no marked” classified information (the statement itself irrelevant) did not appear to be addressed by the FBI in the context of perjury or obstruction. In addition, Josh Rogin of the Washington Post reports Clinton’s lawyers deleted all e-mails they did not produce to the State Department and then cleaned devices in such a way to preclude forensic recovery.

The standards applied in the Clinton case are at extreme variance from how classified information violations elsewhere in the government are applied. Space precludes listing examples in detail, but the cases of CIA officer John Kiriakou (served three years in Federal prison for exposing a single, unmarked unclassified business card with the name of a CIA employee) and TSA air marshall Robert Maclean (fired for exposing a text retroactively classified) stand out. Even David Petraeus, who transmitted classified information via his Gmail account to his mistress, received some minor legal punishment and was forced to resign.

There is simply no precedent to the Clinton decision. One wonders if the millions of U.S. government civil employees, military personnel, and contractors will be held to what appear to be lesser standards than previously held. That certainly wasn’t the case of Marine Major Jason Brezler, who shared classified information with colleagues in Afghanistan in to warn them about a Taliban conspirator, and was forced out of the service in response.

Director Comey spoke broadly. He did not, for example, directly address the 18 USC 1924, which states “Whoever… becomes possessed of documents or materials containing classified information of the United States, knowingly removes such documents or materials without authority and with the intent to retain such documents or materials at an unauthorized location shall be fined under this title or imprisoned for not more than one year, or both.” This is the statute under which David Petraeus was prosecuted. It is difficult to reconcile the text of that law with the fact that classified documents resided on a server (for part of the time) at a private company, connected to the internet. A private SPAM filtering service apparently also had access to the classified emails.


An important issue not addressed by the FBI is the effect Clinton’s actions had on the Freedom of Information Act.

During her entire tenure as Secretary of State and for some time afterwards, State maintained it had no email records to produce in response to requests. Those statements — while technically true in that State did not control and could not search Clinton’s personal server — blocked journalists, activists, citizens, and for a time, Congress, from documents they were lawfully entitled to. The State Department says it will now require 75 years to release all of the documents currently under request.

The State Department’s own Inspector General found these actions to be in contravention of the Federal Records Act, and presents what might be seen as chilling preview of press relations and the public’s right to know for the next four years.

In addition, Clinton deleted about half of the emails from her personal server without oversight. It is unclear whether or not any of those would have been responsive to Freedom of Information Act requests, or contained additional classified information. The FBI did say emails it found in others’ Inboxes, ones not turned over by Clinton, the State Department, were work related. Clinton had previously claimed she turned over all work-related emails.

In the Clinton case, we are also left with unanswered questions about the timeline of events. Bill Clinton met with Attorney General Loretta Lynch on June 28, according to both, to make small talk about grandchildren. On July 1 Lynch announced she would accept Director Comey’s recommendation on the email case. On July 2 the FBI interviewed Clinton for several hours. On June 3, the New York times stated Clinton is considering keeping Lynch in her administration if she wins in November. On July 5 President Barack Obama and Hillary Clinton flew together on Air Force One to their first scheduled campaign. Only hours later Comey made his announcement, meaning that whatever Clinton said on Sunday was evaluated and processed in less than two days following a year of active investigation. The appearance of impropriety alone remains damaging to the image of our nation.

Few believed, right or wrong, that Hillary Clinton would face criminal charges over her handling of classified material. Yet the many unanswered questions and issues not addressed by the Federal Bureau of Investigation remain. It seems unlikely that even if the majority of voters in November see the issue put to rest, that Republicans in Congress will feel the same come January.