Politics, Justice, and the Surveillance State 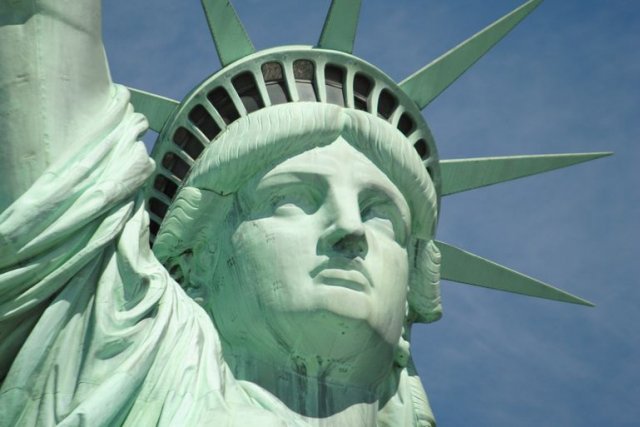 The role pervasive surveillance plays in politics today has been grossly underreported. Set aside what you think about the Trump presidency for a moment and focus instead on the new paradigm for how politics and justice work inside the surveillance state.

While exactly how many Americans have their communications monitored this way is unknown, a significant number Trump staffers (no evidence of incidental surveillance of the Clinton campaign exists) were surveilled by a White House controlled by their opposition party. Election-time claims the Obama administration wasn’t “wiretapping” Trump were disingenuous. They in fact gathered an unprecedented level of inside information. How was it used?

Incidental collection nailed Michael Flynn; the NSA was ostensibly not surveilling Flynn, just listening in on the Russian ambassador as the two spoke. The intercept formed the basis of Flynn’s firing as national security advisor, his guilty plea for perjury, and very possibly his “game changing” testimony against others.

Jeff Sessions was similarly incidentally surveilled, as was former White House Chief Strategist Steve Bannon, whose conversations were picked up as part of a FISA warrant issued against Trump associate, Carter Page. Paul Manafort and Richard Gates were also subjects of FISA-warranted surveillance; they were surveilled in 2014, the case was dropped for lack of evidence, then re-surveilled after they joined the Trump team and became more interesting to the state.

Officials on the National Security Council revealed Trump himself may also have been swept up in surveillance of foreign targets. Devin Nunes, chair of the House Intelligence Committee, claims multiple communications by Trump transition staff were inadvertently picked up. Trump officials were monitored by British GCHQ with the information shared with their NSA partners. Some reports claim after a criminal warrant was denied to look into whether or not Trump Tower servers were communicating with a Russian bank, a FISA warrant was issued.

How much information on Trump’s political strategy a Democratic White House acquired via surveillance, as well as the full story of what might have been done with that information, will never be known. We do know Director of National Intelligence Dan Coats saw enough after he took office to specify the “intelligence community may not engage in political activity, including dissemination of U.S. person identities to the White House, for the purpose of affecting the political process of the United States.”

Coats likely had in mind the use of unmasking by the Obama administration. Identities of U.S. persons picked up inadvertently by surveillance are supposed to be masked, hidden from most users of the data. However, a select group of officials, including political appointees in the White House, can unmask and include names if they believe it is important to understanding the intelligence, or to show evidence of a crime.

Former Obama national security adviser Susan Rice told House investigators in at least one instance she unmasked the identities of Michael Flynn, Jared Kushner, and Steve Bannon. Obama’s ambassador to the United Nations, Samantha Power, also made a number of unmasking requests in her final year in office.

But no one knows who unmasked Flynn in his conversations with the Russian ambassador. That and subsequent leaking of what was sad were used not only to snare Flynn in a perjury trap, but also to force him out of government. Prior to the leak which took Flynn down, Obama holdover and then-acting attorney general Sally Yates warned Trump Flynn could be blackmailed by Moscow for lying about his calls. When Trump didn’t immediately fire Flynn, the unmasked surveillance was leaked by a “senior government official” (likely Yates) to the Washington Post. The disclosure pressured the administration to dump Flynn.

Similar leaks were used to try to pressure Attorney General Jeff Sessions to resign, though only resulted in him recusing himself from the Russiagate investigation. Following James Comey’s firing, that recusal ultimately opened the door for the appointment of Special Counsel Mueller.

A highly classified leak was used to help marginalize Jared Kushner. The Washington Post, based on leaked intercepts, claimed foreign officials’ from four countries spoke of exploiting Kushner’s economic vulnerabilities to push him into acting against the United States. If the story is true, the leakers passed on data revealing sources and methods; those foreign officials now know however they communicated their thoughts about Kushner, the NSA was listening. Access to that level of information and the power to expose it is not a rank and file action. One analyst described the matter as “the Deep State takes out the White House’s Dark Clown Prince.”

Pervasive surveillance has shown its power perhaps most significantly in creating perjury traps to manufacture indictments to pressure people to testify against others.

Trump associate George Papadopoulos lied to the FBI about several meetings concerning Clinton’s emails. The FBI knew about the meetings, “propelled in part by intelligence from other friendly governments, including the British and Dutch.” The feds asked him questions solely in hope Papadopoulos would lie, commit perjury, even though there was nothing shown to be criminal in the meetings themselves. Now guilty of a crime, the FBI will use the promise of light punishment to press Papadopoulos into testifying against others.

There is an element here of using surveillance to create a process crime out of a non-material lie (the FBI already knew) where no underlying crime of turpitude exists (the meetings were legal.) That that is then used to press someone to testify in an investigation that will have significant political impact seems… undemocratic… yet appears to be a primary tool Mueller is using.

This is a far cry from a traditional plea deal, giving someone a light sentence for actual crimes so that they will testify against others. Mueller should know. He famously allowed Mafia hitman Sammy the Bull to escape more serious punishment for 19 first degree murders in return for testifying against John Gotti. No need to manufacture a perjury trap; the pile of bodies who never saw justice did the trick.

Don’t be lured into thinking the ends justify the means, that whatever it takes to purge Trump is acceptable. Say what you want about Flynn, Kushner, et al, what matters most is the dark process being used. The arrival of pervasive surveillance as a political weapon is more significant than what happens to a little bug like Jared.