The Democratic Party Has One More Shot at Relevancy 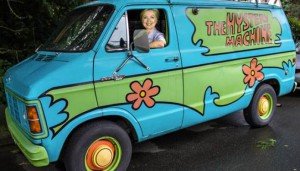 Elizabeth Warren, in the final hours of 2018, announced her candidacy for the Democratic nomination for president. She stands at the precipice with a Democratic Party that must hold the primaries in 2020 it should have held in 2016 to remain relevant.

Among the 30-some people the New York Times says may seek the Democratic nomination, almost all the serious candidates should have run in 2016, including Warren, Joe Biden, Kamala Harris, and Cory Booker. Instead the fix was in; who doesn’t believe Obama pulled Biden aside to say “Kid, this ain’t your year.” Warren, et al, either had their own come-to-Obama moments or were smart enough to back down with dreams of Clintonesque Cabinet positions dancing in their heads. They reassured themselves they would still have time to run after Hillary wrapped up her eight years in office and before it was Chelsea’s turn.

Old Man Bernie likely never imagined he’d do much more than use his primary platform to air out his signature issues of healthcare and economic reform. That’s why in the beginning he didn’t run against Hillary as much as he ran alongside of her, always gentle on her tender spots like those damn emails. But there was a hunger among some Democrats to confront Wall Street excesses and income inequality. Bernie caught a tailwind and when he did, we all know via the leaked DNC emails and some tell-alls how the Party took him out of the race with super delegates, rigged debates, ad buys, and did other dirty tricks we’d see more of later. Did you know he honeymooned in Russia?

The primary season was to be little more than a warm-up for Hillary, with her Scooby van listening tour and her book tour and her staged “debates” with Official Party Cuck Martin O’Malley playing the role of the Washington Generals to Hillary’s Globetrotters. How’d that work out anyway?

While no candidate this year has the power Hillary held in 2016, the temptation by the Party to rig the primaries again is great; why spend all that money on a long series of ho-hum votes, and why hand Trump footage like Harris calling Warren ineffective in some debate when the winner can be pre-determined? If Dems grant the media, currently operating with the hive mind of a 24-year-old Brooklynite who owes her parents money, too much influence, it’ll be some accomplishment-free shiny object like Beto for Trump to treat as a political chew toy. Give the voters another rigged primary – make it another her’s turn again – and you likely give America another four years of Trump.

The Democratic Party in 2016 engineered defeat by not letting the process do what it is designed to do: weed out the weak and their weaknesses. Instead, every weakness was meant to be swept under the rug: Hillary Clinton was the archetypal 21st century candidate, a perfectly-formed tool of the oligarchy, all appetite. Never mind the emails, the Clinton Foundation, Hillary’s warmongering record, and most of all her lack of answers to the questions the electorate wanted answered. The voters knew Obamacare often failed them by providing health insurance they could afford but not actual healthcare they could afford, and that they were being left behind in an economy fueled by inequality. People with kids dying in Iraq, Syria, Afghanistan, and elsewhere were unsure why. Meh, her turn, deal with it.

These shortcomings would have been exposed during a real primary. Instead they were left to fester in voters’ minds, and Trump happened. Yet the after action reports on 2016 mention none of this. Instead, supposedly Trump won because of Russia and racist redneck misogynists. Anyone working to elect a Democratic president in 2020 who isn’t willing to consider that by rigging the 2016 primary they ran a weak candidate is being foolish. The only answer is a free-for-all primary, where the ideas that roil the Democratic party, the push and pull of what has come to be called “progressivism,” are allowed to slug it out.

Because if the primaries don’t wash out the weaknesses, Trump most certainly will use his honed predator’s instincts to do it in the general campaign. Did you know Beto’s wife is part of a billion-dollar real estate family in Texas, making him more Jared than caped crusader? The primary needs to poke at Warren’s bizarro-world claims the system is rigged while it was the same rigged system that allowed her to rise into a position of prominence, what one commentator described as “a curious vision coming from a person whose life story, like that of tens millions of Americans who have risen far above their small beginnings, refutes her own thesis. It was curious, also, coming from someone who presumably believes that various forms of rigging are required to un-rig past rigging.’”

And how much emphasis will voters place on blud purity? After years of bleating about diversity, what to do with Old White Straight Men like Biden or Michael Bloomberg in all this? Will Sanders’ supporters come home to the Party, or will they remember Bernie humiliated into a little nobody helping nominate someone at the Democratic Convention he clearly loathed? The primaries must above all else settle the question of whether or not Bernie is the divisive element a Democratic party already showing its cracks does not need in 2020.

What will a sharp look at Cory Booker’s time as photo-op mayor of Newark and his warm relationship with Wall Street money reveal? What about Kamala Harris’ complex history of supporting some progressive causes while rejecting others as California attorney general? Why didn’t she prosecute Steven Mnuchin‘s bank? Meanwhile, how much time and money will be wasted on political fluffers like Beto, a guy who lost in his home state, one of the most important in terms of electoral votes?

This is not to over-focus on any one candidate at this point; quite the opposite. It is to point out the kinds of issues that demand an aggressive, unfiltered, unrigged primary process to address, because nobody in the Democratic Party leadership knows the answers. The goal is two-fold: how will the candidates handle their past decisions and future plans in front of the public, and how will voters react to those attempts.

No one can win against Trump in 2020 simply by being Not Trump. Never mind the Blue Wave in the House, it is the map which allowed the Republicans to grow their Senate majority in 2018 that controls the Electoral College. Trump is the natural end point of 17 post-9/11 years of keeping us afraid. He is the mediagenic demagogue a country gets when it abandons its people to economic apartheid. He feeds off being Not Not Trump. Every time someone says “well, that’s the end of Trump” after some outrageous statement, Trump needs only to top himself in the next tweet and the process restarts.

Let the primaries get rough; the winner will need the experience to rise above Trump while simultaneously standing up to him. To beat Trump is to offer a counter-vision under fire. The primary process has to sort out which of the Democrats looking at the White House might be able to do that. Because if the Democratic Party again does not allow the primaries to do their job, Candidate Trump most certainly will. Again.