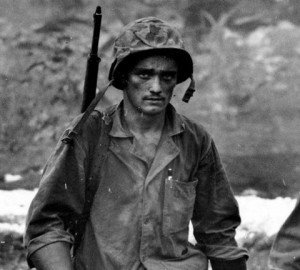 There’s no prosthetic for a soul that’s dying faster than its body. You have to heal it. And to do that, you’re going to have to fight Hooper’s War.

Lieutenant Nate Hooper isn’t sure he’ll survive his war. And if he does make it home, he isn’t sure he can survive the peace. He’s done a terrible thing, and struggles to resolve the mistake he made alongside a Japanese soldier, and a Japanese woman who failed to save both men during the last days in WWII Japan.

At stake in this tale of moral injury? Souls.

With allegorical connections to America’s current wars in Iraq and Afghanistan, the reverse chronology telling of Hooper’s War (“Fighting over the covers is better than remembering the empty side of the bed,” Hooper says) turns a loss-of-innocence narrative into a complex tale of why that loss is inevitable in societies that go to war.

This is a novel of moral complexity, of decisions that last longer than people do, all made inside the million seconds that make up a war. Think Matterhorn and The Things They Carried, crossed with Catch-22 and Slaughterhouse Five. 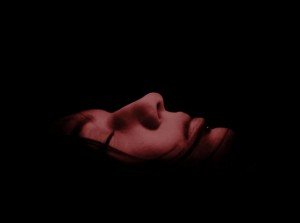 Hooper on his Post-War Life:

Age is not gentle. Looking back, the party is more important than the planning. A sad marriage fades backward into a thing we thought would last forever. Fighting over the covers is better than remembering the empty side of the bed. Everything comes from somewhere, so once you start winding things back you can’t stop until you hit the beginning.

I think of it this way: remembering can be a sign of what’s happened, sure, but also of what’s to come. Like water forming on top of thinning ice. 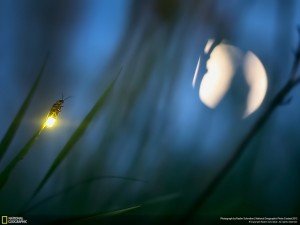 Japanese soldier Eichi Nakagawa on how he was radicalized from a boy into a killer:

Late one summer evening, after we tired of playing soldiers, we set out to catch frogs in the rice paddies. This made me happy, because it allowed me to forget how much I missed Naoko. The flooded paddies in front of Old Man Tanaka’s house were full of frogs. Tanaka would watch us from his window. He smelled funny, like an old person, but was nice. One time he taught us to make whistles out of small pieces of bamboo.

It was easy to smack the frogs on the head with a stick when they came up to croak and snap at low-flying fireflies. Then Ring! Ring! The bell. The American airplanes were coming. But that night we were having too much fun to run for the shelter. It had never mattered before anyway; they would always fly over us to bomb somewhere else.

My friend Kenta looked up and saw a metal cylinder, falling under a small streamer. The cylinder did not appear very big, but when it crashed through the roof of Old Man Tanaka’s house, it shattered the ceramic shingles.

We counted three, four, then seven cylinders coming down. They were bombs. Some landed in the woods and, with a crack, started a fire. Another fell behind us. Our shadows danced across the water as we ran. The embers from the house rose upward, chasing away the fireflies that had been over the paddy.

The planes continued high and away, as they always had.

Old Man Tanaka’s home burned quickly. Men from all across the village ran toward us with their wooden buckets, and started throwing water from the paddy on the house. The low clouds that had lit up orange became black again. There was a sticky smell. The old man had not gotten out of the house fast enough.

“Kenta, what do you want? What can help?” I said. He would not stop crying as we watched the flames die out.

“I want my mother to take me to the toy store when she goes to the market for meat and white rice and fish and buy me a toy. I want to see a coin in her hand and hear her say, ‘You choose something and give the man this coin, Kenta.’”

For a week after Old Man Tanaka died the cats never came out from under the storage shed.

We all knew. The Americans were coming. 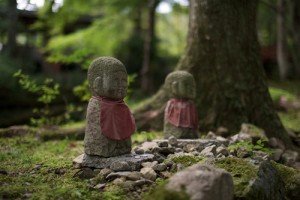 In the winter of 1946 there was nothing good here, but the day in 2015 was warm, late March weather before Japan’s humidity comes in. The cherry trees had exploded into full bloom, bursts of pink with some new green leaves started in behind them. Once a year heaven comes to Earth in Japan. I didn’t see that on my first trip.

The terrified high-school girl passed me off at the temple gate to a happy college student. For those who have never been to Japan, these young people haunt every tourist attraction. Unlike in the rest of the world, where amateur guides demand tips or try to sell you something, in Japan they simply wish to practice English. They wouldn’t know what to do if you handed them money. If you speak some Japanese, they are the most annoying thing in the country. If you speak no Japanese, you start to search for them like lost siblings.

“My name is Sayako, but please call me Sally,” Sayako/Sally said. “Do you know this temple?”

Indeed I did, but it would have been impossible to explain. It was better to simply let her go on with her well-practiced speech.

“Let me introduce this temple for you. It is old. You might say, ancient. It has been in this very location for a long time. Locally, it is known as a place of remembering resilience. This is, first, because the temple had withstood despite many earthquakes. Second, it is because this temple did not burn during the firebombing. Though, it was severely damaged by artillery after the bombing. So, therefore, many small Buddha statues – do you know Buddha?”

I assured her I did.

“So, therefore, many small statues are placed here after the war to remember the children who died in the firebombing. They were roasted.”

I suggested Sayako/Sally say something like “killed by fire” instead of “roasted,” and she seemed grateful, jotting it down with a pink mechanical pencil in a pink Hello Kitty notebook.

“So because they were… killed by fire – ” Sayako/Sally said. She looked to me for approval and I smiled.

“ – these small statues are here. The relatives come to pour the water on them and pray for the souls of the killed by fire children.”

In any other place on Earth where such violence had been done, this conversation could never have unfolded like this. Sayako/Sally knew I was an American. She could guess my age. She knew my country had roasted children to death near this spot only a blink in time before our odd meeting. Yet this was all OK.

There was no sense in Japan that the war – either its causes or how it was carried out – was ever given proper airing. The Japanese seemed to accept it all like a natural disaster, something that couldn’t be helped, and besides, there was too much rebuilding to get on with to dwell on the past. Unlike the plaques in every small town in America, there are few if any markers or monuments referencing the war.

Our side did little to challenge this. The Emperor was left in place to rule for some forty more years after WWII, succeeded by his son, with another heir on deck, assuring the throne’s wartime role would remain largely a mystery. Imagine Hitler’s grandson still in power. Unlike in Germany, what happened here was never kneaded into Japan’s national consciousness.

Sayako/Sally gestured to a very old woman gently pouring ladles of water on one of the small stone statues. The statues did not look like children. They were small ovals, with partial faces, cartoonish egg figurines with little cloth bibs, symbolic without being ghoulish. A very Japanese touch. The old woman seemed to be speaking with the statues.

“I want to talk with her, Sally, the elderly woman there.”

As nonchalant as Sayako/Sally had been in her discussion of the war’s events with me, actually speaking to another Japanese person of a certain age about what happened was nearly a forbidden act. My request trapped Sayako/Sally between such a taboo and the equally strong requirement of treating a guest from far away well. I could see her face as she chewed on the koan puzzle I’d handed her. I knew I was being selfish in even asking, but cruelly justified my request in thinking it would be Sally’s penalty for not more fully understanding what had happened in her nation’s recent history.

Sayako/Sally’s introduction in Japanese to the woman, complete with many physical references to me, took much longer than the “Hello, may we talk?” I asked her to translate. And I suspect no matter how long Sayako/Sally lives, nothing in her life will make her happier than she was at the moment the woman said she spoke English and would talk with me herself.

“I come often to pray for the souls of these children. I have much to discuss with God.”

“What do you say as you pour the water on the statues?”

“I say ‘Haruo-kun, that day was so hot for you.’ I say ‘Akiko-chan, you wished so hard for water. Please drink now.’ You must think I am silly, talking to ghosts.”

“I am here for ghosts,” I said, and without warning to myself poured out everything I had seen in 1946. It was unfair, and I felt as if I was forcing myself on the elderly woman. When I paused, though, she made no movement away, said none of the polite things one can say to break off an unwanted conversation. When I was spent, she surprised me by telling her own story, everything she had seen during the war.

“I am sorry,” she said, “but I have never been able to tell anyone before. My husband died in the war, and there was no one I could talk to.”

“I too am sorry,” I said, “but I have never been able to tell anyone. My wife was from this area, but I was never able to tell it all to her before she passed, mostly I just told her the funny parts. There was no one I could talk to even once about the things I think about every day.”

This was no impromptu wartime reunion. The woman wasn’t a destroyer captain who had hunted me as a sub commander, now sharing a drink years removed from being anonymous enemies. It felt more like an affair, a chance encounter with a willing stranger who wanted to do the things someone at home wouldn’t do. I certainly wasn’t saved by this, but maybe, for the first time, I felt savable. 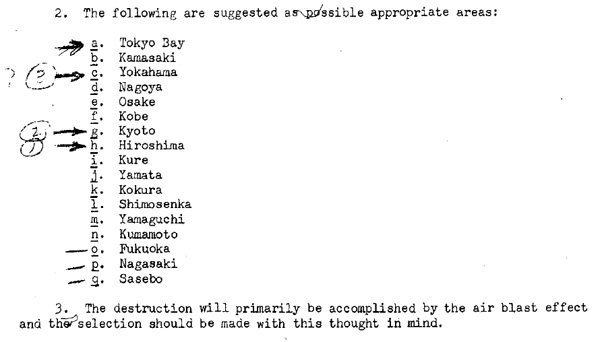 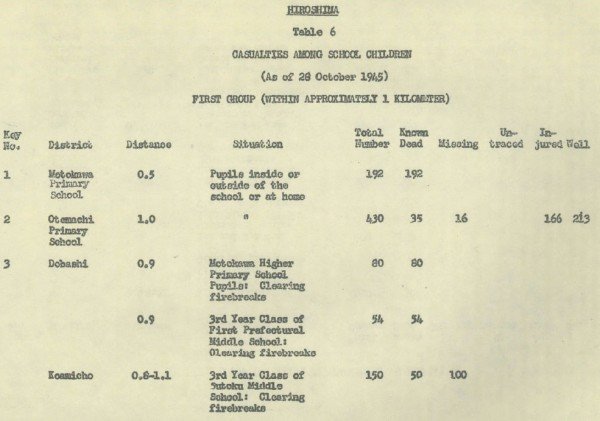 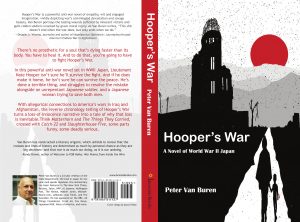 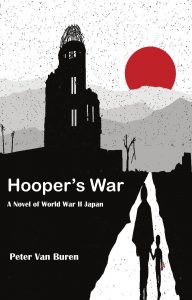