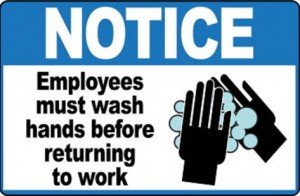 Breaking Bad! Two new sleazy State Department actions– a sweetheart consulting deal for one of Hillary’s best buds and accusations of an affair and hookers for a senior State official. See below!

Attempted suicide after a harsh interrogation? Hiring armed guys with criminal backgrounds? Senior officials having sex with subordinates, prostitutes and minors? Investigations into all of the above covered up or halted? That’s the news, not from Gitmo or some banana republic, but from your U.S. Department of State. Better get out the hand sanitizer, this blog post gets filthy fast.

A Sad Pattern of Sleaze from America’s Diplomats

Ever since the story broke on CBS News that the State Department covered up numerous allegations of wrong-doing to protect its public image, the details of said wrong-doing have been leaking out.

The reasons to care about this are many, and all the Hillary-love and attempts to just call it (just) a Republican witch hunt are a smokescreen. The obvious reason to care is that these people represent America abroad, and we need to ask what image they are projecting. In addition, such crimes and personal traits as alleged below make them vulnerable to blackmail, either by other members of the USG (promote me, give me a better assignment, or else…) or foreign intelligence (turn over the secrets or the photos go to the press). The fact that the organization apparently cannot police itself internally raises questions about competence (and the former SecState saying she was wholly ignorant of all this sludge is not a defense that actually makes her look presidential), and about what if anything it is accomplishing on America’s behalf.

Here’s a roundup to date:

— As a special shout-out to We Meant Well regulars, USA Today claims it has a memo detailing how Hillary Clinton’s chief of staff, Cheryl Mills, allegedly interceded in an investigation by Diplomatic Security into an affair between failed-Iraq ambassador-designate Brett McGurk and Wall Street Journal reporter Gina Chon.

— Cheryl Mills again: Mills, a longtime confidante of Hillary, reportedly played a key role in the State Department’s damage-control efforts on the Benghazi attack last year and was also named in accusations that department higher-ups quashed investigations into diplomats’ potential criminal activity. Cheryl Mills, who served in a dual capacity in recent years as general counsel and chief of staff to Clinton, was accused of attempting to stifle congressional access to a diplomat who held a senior post in Libya at the time of the attack.

— U.S. ambassador to Belgium Howard Gutman accused of soliciting “sexual favors from both prostitutes and minor children.” The ambassador “routinely ditched his protective security detail in order to solicit sexual favors from both prostitutes and minor children,” according to documents obtained by NBC News. State Department Undersecretary for Management Patrick Kennedy ordered an end to the investigation. “The ambassador’s protective detail and the embassy’s surveillance detection team [Note: A State Department team that conducts counterespionage surveillance, watching State Department officials to see if they are being watched by foreign spies] . . . were well aware of the behavior.”

The ambassador explained that sometimes he fights with his wife, needs air and he goes for a walk in the park because he likes it. The Atlantic reported that the park Gutman trolled, Parc Royal Warandepark, was well-known as a place to pick up adult homosexual and adolescent boy prostitutes.

A Belgian newspaper described the park: “I see young children go to adult waiting. Later, another adult waits, often to extort money from the victim after. I’ve been awakened by cries and my terrace, I saw someone being beaten. I had my legs were shaking. Time to call the police, I saw the victim painfully get up and go.”

— A State Department security official in Beirut “engaged in sexual assaults” with foreign nationals hired as embassy guards. State’s former regional security officer in Beirut, Chuck Lisenbee, allegedly sexually assaulted guards and was accused of similar assaults in Baghdad, Khartoum and Monrovia. Justine Sincavage, then-director of Diplomatic Security Service, called the allegations a “witch hunt” and gave agents “only three days” to investigate, and no charges were brought, according to USA Today.

— The State Department has hired an “alarming number of law-enforcement agents with criminal or checkered backgrounds” because of a flawed hiring process, a stunning memo obtained by The New York Post reveals. “Too many people entering the [Diplomatic Security and Information Management] communities end up as subjects of [Special Investigation Division] investigations and HR adjudications, become Giglio-impaired and can play only limited roles thereafter,” according to the memo. “Giglio” refers to a US Supreme Court case dealing with jury notification that witnesses have made deals with the government to induce testimony. Some Diplomatic Security field offices “have major problems just waiting to be discovered,” the memo adds.

— In one case, aggressive interrogation techniques by Diplomatic Service agents “drove an employee to attempt suicide” when accused of raping his maid in Bangkok, Thailand, a memo suggests. “After “being told he would end up in a Thai prison, his wife would lose her job and his children would be pulled out of school, [the man] attempted suicide by jumping out of the 16th-story window at a hotel in Bangkok.” The guy lived, and was flown back to Washington for in-patient psychiatric care, where the agents continued to harass him. The rape charges were ultimately dropped.

— Diplomatic security agents learned that James Combs, a senior diplomatic security agent in Baghdad and formerly of the DS Office of Professional Standards, was having an extramarital affair with a subordinate and had numerous affairs with men over a 30-year span without the knowledge of his wife. This presented “counterintelligence concerns,” but the investigation never reached a conclusion.

— A security contractor in Baghdad died of an overdose of methadone, which he was taking to counteract an addiction to the painkiller oxycodone. An underground drug ring may have been supplying the drugs, but State’s regional security officer did not allow a special investigations agent to pursue that possibility.

— In Miami, agents investigating a car accident by diplomatic security agent Evelyn Kittinger learned that she had been claiming full pay for several years “but had actually only worked very few hours.” State Department supervisors told the investigator to advise her to resign to avoid facing criminal charges and a major fine.

— Another report states that a top State Department official stymied investigators trying to get to the bottom of four killings in Honduras involving DEA agents and local police. The incident ended in the deaths of two pregnant women and two men last year, after Honduran national police opened fire from a State Department-owned helicopter on a small boat. Honduran police said drugs were involved, but locals said the boat was full of fishermen.

–ADDED: Sen. Charles Grassley is probing longtime Hillary Clinton aide Huma Abedin’s employment status, asking how she got a sweetheart deal to be a private six-figure consultant while still serving as a top State Department official. Abedin, one of Clinton’s most loyal aides, is of course married to former Rep. Anthony Weiner, who’s in the midst of a vigorous effort to beat off his own sexting scandal and become mayor of New York. Abedin hauled in as much as $350,000 in outside income on top of her $135,000 government salary. She was redesignated a “special government employee” who was able to haul in cash as a private contractor while still on the government dole.

–ADDED: Consulate General Naples’ Kerry Howard says she was bullied, harassed and forced to resign after she exposed Consul General Donald Moore’s alleged office trysts with subordinates and hookers. “When our diplomats disrespect the Italians by hiring and firing them because they have seen too much — or use them for ‘sex-ercise’ — we have to question why we have diplomats abroad at taxpayer expense,” said Howard. As a senior foreign-service officer, Moore makes as much as $179,700 a year. His first office romance supposedly occurred within days of his arrival in Italy, when he allegedly bedded a consulate employee, a single mom who fell in love with him. Moore was honored as “Consular Officer of the Year” (Barbara Watson Award) in 2005.

— A Foreign Service Officer, Michael Todd Sestak, 41, has been arrested and charged with conspiracy to defraud the United States and conspiracy to commit bribery and visa fraud. Dude was a senior visa official in Ho Chi Minh City, Vietnam and supposedly pocketed some $2 million dollars for his work.

It appears that Foggy Bottom has sprung multiple leaks as hard-working folks grow tired of their bosses being allowed to do just about anything without punishment. What is going on? I don’t recall this much garbage coming into the daylight ever before. I assume it was happening all the same forever, but not this much in the public eye. I think it is time for Kerry to say something about at least trying to control his organization.

And of course someone should throw Under Secretary for Management Pat Kennedy out. He *may* be getting the message that in this internet age if you don’t give people a realistic internal avenue to fix things they’ll just go outside. That’s kinda what I did… So there is no doubt much more to come…

The State Department spokesman said, “We hold all employees to the highest standards.” Spokeswoman Jennifer Psaki told reporters repeatedly this week that the accusations are “unsubstantiated.”

So that’s that apparently. No reporter has seen it useful to ask why for more than four and a half years, the State Department has had no appointed inspector general, the longest such vacancy of any federal agency. Or why, during his entire time in office, Obama has not nominated anyone to fill the slot. Or why during her four years as Secretary of State Hillary Clinton did not demand an inspector general for her organization.

A spokesman said Clinton was completely unaware of any of the investigations mentioned in the Office of the Inspector General’s reports and memos, including the case involving her personal security detail allegedly soliciting prostitutes. “We learned of it from the media and don’t know anything beyond what’s been reported.”

It means nothing that a candidate who will no doubt cite her endless efforts on behalf of women everywhere remained unaware of sex crimes occurring, well, under her.

Opposition researchers and taxpayers alike, once again, Hillary Clinton’s defense is that she was totally unaware of what was going on in the organization she lead and managed, up to and including the actions of her own lifelong advisor and chief of staff, as well senior officials who reported directly to her. She’ll make a great president!

Oh wait– these are just “allegations.” They need to be investigated. Well, the problem of course is that one of the allegations is that powerful trolls inside State prevented or derailed any investigations, and indeed the over-arching allegation is that Diplomatic Security, charged with investigations, is riddled with political considerations that prevent full and transparent investigations. So that’s a pretty weak excuse to blow off everything said.

That said, maybe some are false. OK, but if even a small number of these serious accusations are true (rape, murder, minors) then even that suggests an organization operating without internal controls and the best defense its leader can come up with is her own ignorance. Not a good thing.